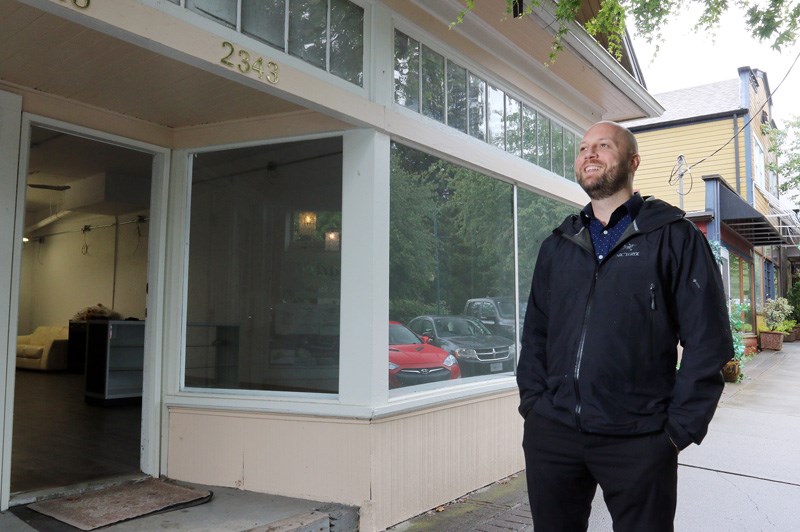 Ableman has run the St. James Well pub in Newport Village for 20 years.

His new venture will join Burb and Kiaro, which opened outlets in Suter Brook Village and on St. Johns Street, respectively, last year. Another shop, Cannoe, got its final approval to proceed on Jan. 12, although the Toronto-based company has yet to announce when it will open its outlet at 3034 St. Johns St.

Once all four shops are up and running, Port Moody will have the most cannabis stores in the Tri-Cities; Port Coquitlam currently has three, including one public BC Cannabis Store, while Coquitlam is just beginning its process of determining city policies to allow such ventures.

As part of Ableman’s agreement with the city to operate Happy Hippie, he will make a one-time charitable contribution of $10,000 to be split evenly between Eagle Ridge hospital, Share Society and the Port Moody Rotary Club. He will also provide paid staff to volunteer at local events like Golden Spike Days, Car Free Day and Shop Local.

Ableman’s history of helping local organizations was cited by several councillors as a key component of their support for his shop since determining in 2019 that up to five cannabis stores would be allowed to open in Port Moody in the first wave of applications from prospective proprietors. But his bid hit a stumbling block last September when council rescinded its third reading of the bylaw amendments and said it would reconsider Happy Hippie as well as the application from Cannoe that councillors had previously rejected last June.

The sale of cannabis was legalized by the federal government in 2018.