'I saw the glint in their eyes,' stalking coyotes attack dog in Port Coquitlam 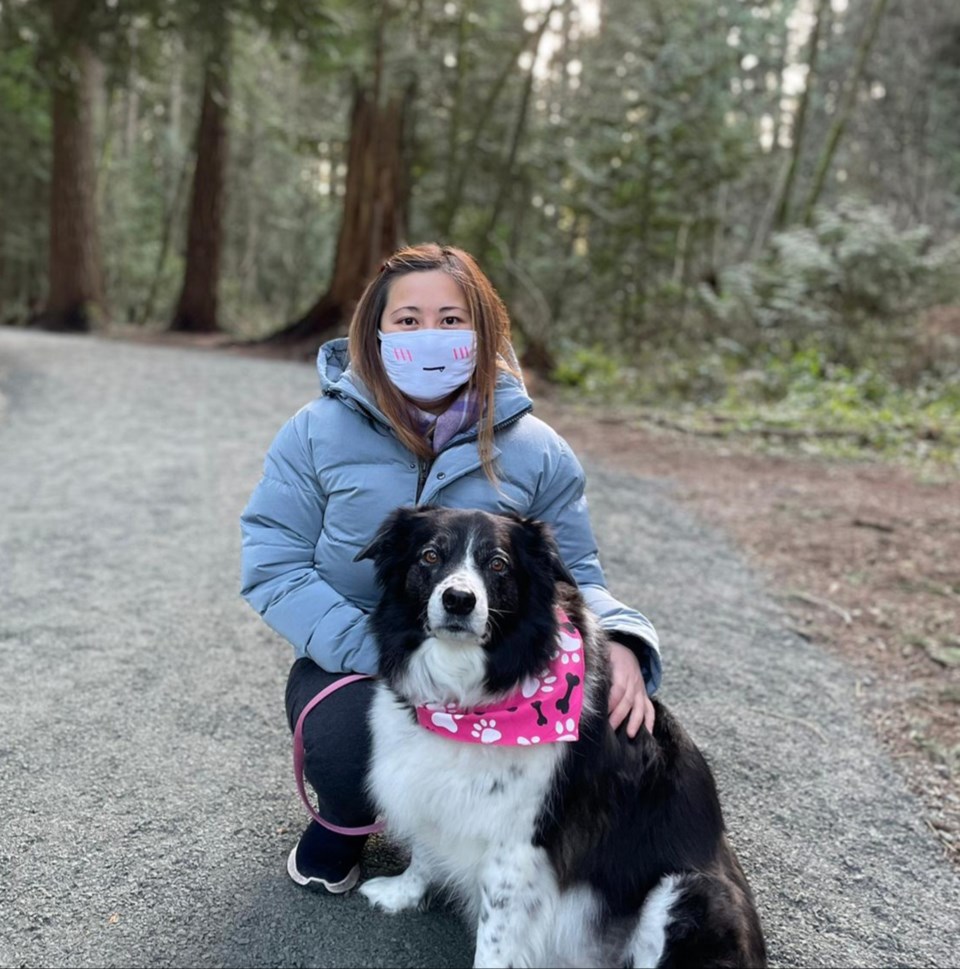 April Chai was walking her dog, Cookie, in Port Coquitlam Jan. 21, when they were stalked by coyotes.Submitted

A pack of coyotes in the woods near the Coquitlam River in Port Coquitlam attacked a border collie and bit its leg during an altercation last week.

Now the owner wants people to be on alert in case they see predatory behaviour among coyotes in the woods or along park trails.

“I saw the glint in their eyes,” said April Chai, who said two coyotes appeared to be stalking her and her dog, Cookie, at about 10:30 p.m. in a residential area near Kingsway Avenue on Thursday Jan. 21.

She expected them to run off as the animals are typically skittish. But when they didn’t, she became afraid, and her border collie, began barking and tugging at the leash.

Cookie pulled on the leash, yanking it out of her hand and ran toward the pair.

That’s when three more coyotes appeared and joined the other two in surrounding her pet and lunging in attack.

Chai chased after the animals, following them into the wooded area near Burleigh and Chine avenues, throwing rocks at the animals and yelling at them.

Her quick action paid off, with the pack eventually running away.

“Cookie ran toward me limping,” said Chai, noting that she had to take her dog to the vet because it appeared to have a puncture wound about 1.5 inches in size.

Chai, who has lived in the area for 10 years and has seen coyotes before, said this incident was unusual in that the animals weren’t easily scared away.

“I’m just worried about smaller dogs, they might get mauled. I don’t want that happening.”

The incident in Port Coquitlam occurred as reports have been made about aggressive coyotes in Stanley Park nipping walkers and cyclists and some areas of the park have been closed. It is believed people have been feeding the animals, which has made them more aggressive.

In Port Coquitlam, conservation officers have handled an increased number of calls about stalking behaviour in coyotes. But acting Sgt. Alicia Stark said the behaviour is likely the result of the onset of mating season when the animals typically become more bold and sometimes aggressive.

“You start to see their unusual behaviour, the following, the stalking with mating season. They are just trying to attract their mates, so they’re acting tougher.”

She advises people to be extra cautious with their pets, keeping their dogs leashed and their cats indoors.

“Oftentimes they go after pets because it’s the closest thing they see as prey.”

If a coyote approaches, Stark advises picking up a small dog or tighten the leash on a larger dog and make noise, look large and back away.

For more information about coyotes, visit the co-existing with coyotes page on the Stanley Park Ecology Society website or Wildsafe BC.