Students and staff have been evacuated from a middle school in Port Moody Thursday morning provoking an ongoing police response. No details on the nature of the incident have been disclosed
Apr 8, 2021 9:54 AM By: Stefan Labbé 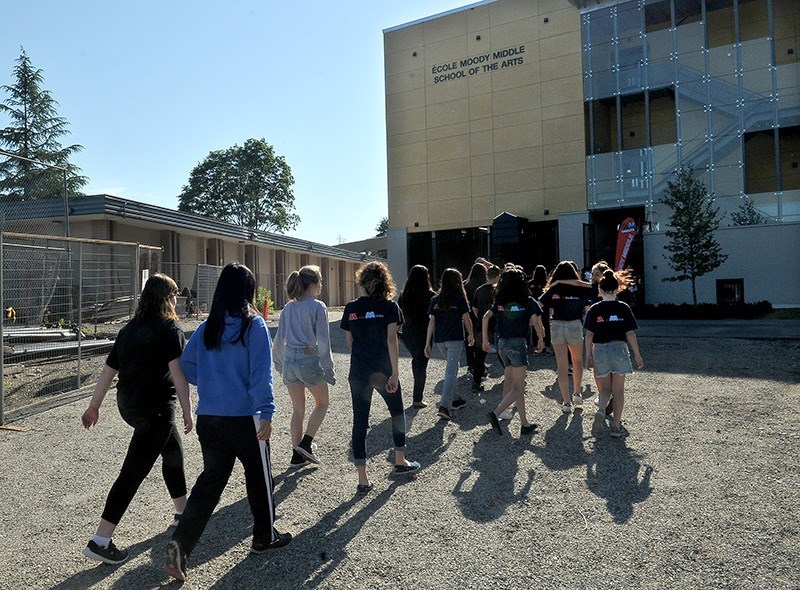 Students visit Moody Middle School of the Arts for the first time in 2018. Students and staff were evacuated April 8 but have since returned to class - Photograph by DIANE STRANDBERG/TRI-CITY NEWS

Students and staff evacuated from a middle school in Port Moody Thursday morning have returned to class following a police investigation.

The school was evacuated earlier in what School District 43 spokesperson Ken Hoff described as an “evolving situation.”

Both the Port Moody Police Department as well as a spokesperson for the school district said the situation was ongoing but would not provide details on what prompted the evacuation. SD43 had advised parents and guardians to stay away from the school while police investigated.

Within minutes, Port Moody police tweeted the situation had been resolved and all students and staff were back in class.

Despite Tweets announcing the incident, PMPD Sgt. Ian Morrison said, at this time, “We’re not going to get into what it is.”