Among the items seized in the arrests, Coquitlam RCMP has taken possession of a suspected cache of drugs, two imitation firearms and two cases of art supplies
Apr 7, 2021 11:00 AM By: Stefan Labbé 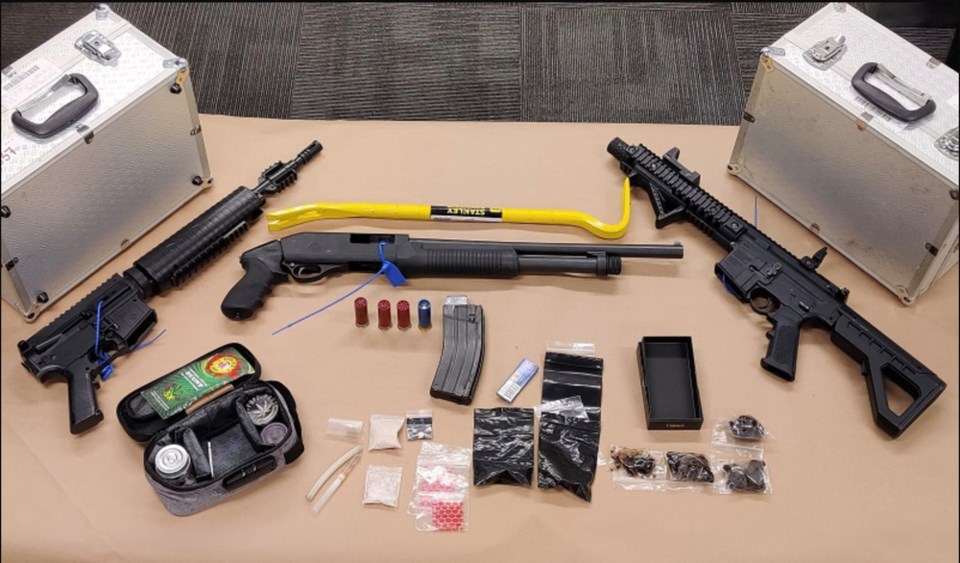 In a triple arrested connected to a break and enter, Coquitlam RCMP seized a pistol grip shotgun with ammunition, suspected drugs, two imitation firearms, among other itemsCoquitlam RCMP

Coquitlam RCMP has arrested three people in connection with multiple reports of a group of people trying to force their way into a garage in a Burke Mountain neighbourhood.

The incident, said to have occurred in the 3400-block of Gislason Avenue on March 15, prompted the detachment’s property crime unit to execute a search warrant for break and enter, according to a police press release.

The investigation has now led to charges against Johnathan Haller, Kyle McGinnis and Sean McKinney.