Coquitlam RCMP investigators are still trying to determine whether the two shootings this week have any connections with gang-related shootings across the Lower Mainland
Apr 1, 2021 4:03 PM By: Stefan Labbé 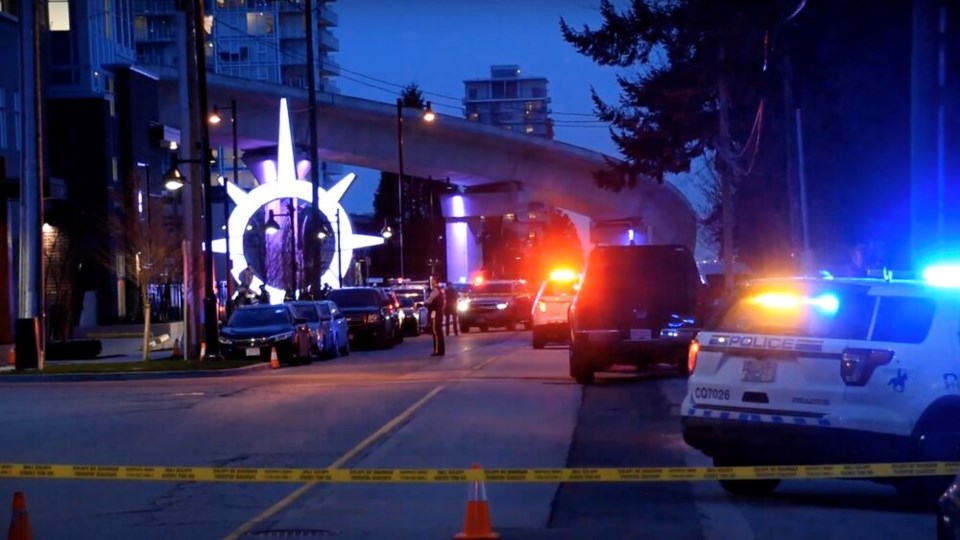 Coquitlam RCMP officers respond to a shooting near 691 North Road in Burquitlam Wednesday, March 31, in the second such incident in the span of 48 hours.Curtis Kreklau

Coquitlam RCMP is appealing to the public for information after confirming two shootings that took place this week were targeted attacks.

The appeal for video footage, including from CCTV cameras, comes after police responded to two shootings in the span of 48 hours: the first, on Tuesday evening, when reports of gunshots in a Maillardville neighbourhood left one man shot, and a second Wednesday night, when a shooting in Burquitlam prompted police to seal off an apartment building and call in an RCMP Lower Mainland Emergency Response team.

“It is unusual to have two incidents like this in such a short space of time,” said Coquitlam RCMP Officer in Charge Superintendent Keith Bramhill in a written statement.

“Our investigators are working around the clock gathering evidence and determining if there are any connections with other gang-related shootings in the Lower Mainland. We are working with our policing partners to enhance investigative steps by sharing intelligence.”

There have been four high-profile shootings in Coquitlam so far this year. In January, a drive-by attack in a Burke Mountain neighbourhood sent a man to hospital, and a shooting in a Burquitlam condo building a few days later — only 300 metres from the latest incident — provoked a similar massive response from the RCMP Lower Mainland Emergency Response team after a woman was found bleeding in the lobby.