PoCo Heritage is hosting a seminar this week with canine psychology expert Julia Espinosa: "It’s important to take the time to figure out why they behave in a particular way."
Jun 16, 2021 12:50 PM By: Kyle Balzer 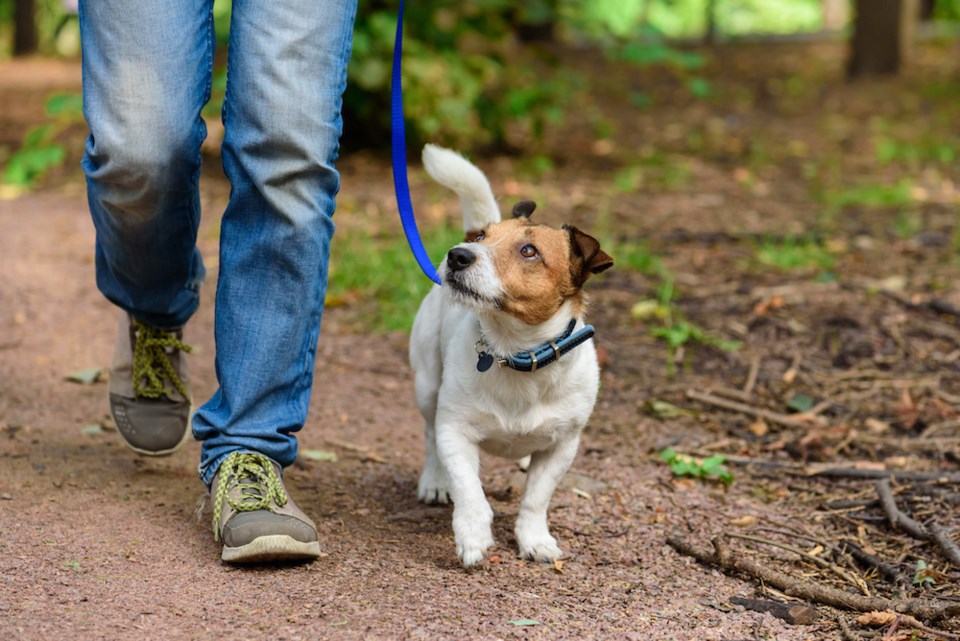 Julia Espinosa has been curious about a canine's mind ever since she was 12 years old, when she started her own dog-walking business.

Fast forward several years later, the psychology expert is now a PhD candidate at the University of Toronto and is hoping to teach Port Coquitlam how to understand their own four-legged friends.

PoCo Heritage has invited Espinosa to lead a free virtual seminar this week as she provides a deeper dive into her studies and experiences, as well as a closer look at the mind of dog that could lead to better behaviour and unlocking their overall potential.

She says every situation is unique, so it can be hard to land on one core piece of advice for all owners. However, the one thing that's constantly urged is to stop converting a dog's behaviour to that of humans.

"If they stop walking, we might impulsively think they’re being stubborn and difficult on purpose, but there are several other possibilities that are more likely, such foot pain, fear response to an unexpected noise, or maybe there’s a really really interesting scent they would like to sniff," Espinosa explains in an interview with Tri-City News.

"Often, we make all the decisions for our pets, from where and how fast to walk, what to eat, to where they sleep and when they’re allowed to play and interact with us. A simple and fun way to give your pet some autonomy is to let them make choices. This could be as simple as letting them decide to turn right or left out of the driveway when you go for a walk, or letting them decide to stop and sniff something and take time to process new things in the environment. [...] This not only lets your dog satisfy their curiosity or individual preference, but it can be a fun way for us as humans to learn more about dog behaviour and their personal quirks."

While sharing her expertise, Espinosa says she's met several people on her journey that have had trouble communicating with their dogs primarily because most believe they understand the language you're speaking to them, but that's not the case.

She believes the best method is through the mind.

"By learning about what is going on in your dog’s mind and how they process information, in some ways you’re learning how to speak their language and say things in a way that they have an easier time understanding. That’s going to make everything easier when the goal is to modify their behaviour and communicate efficiently."

Espinosa originally began studying canine psychology when she volunteered at her local veterinary hospital at 15 years old, which turned into the pursuit - and success - of a neuroscience degree from the University of Michigan.

Working with her mentor Dr. Barbara Smuts, she absorbed more knowledge about canine cognition and made it her field of research, which included studying main behavioural factors such as a dog's dominance, cooperation and referential gestures.

She explains she doesn't fully take on a 'dog psychologist' title — as most people associate the term with a person trying to read the mind of someone else lying on a couch — as that could deter people away from the message she's trying to convey.

Instead, Espinosa describes herself as an experimental scientist and a comparative psychologist, designing and implementing scenarios that explore the root of cognitive mechanisms in dogs, which also helps sets them apart from other species.

"Since we can’t directly ask apes or dogs what they’re thinking about or how they perceive the environment, we rely on behavioural measures like choices, looking time, and approach/avoidance behaviour," she says.

"By designing scenarios that allow them to show their natural responses, we’re able to get a view into how they perceive the world.

"I sincerely hope that as a society we’re moving beyond the days where people think that animals are incapable of thoughts and feelings. Are their minds like humans? No, they’re not, but there is absolutely no doubt that they feel things and process information about their environment. If we’re going to take pet wellbeing seriously, then that requires us to learn about how we can best support the needs of our animals, both physical and mental."

Interested residents are encouraged to visit PoCo Heritage's events and programming page to register in advance and a Zoom conference link will be sent to a provided email address upon completion.

Espinosa is in the final six months of achieving her PhD and will have to present her dissertation at the end of 2021.

Do you know a Community Champion in Coquitlam-Port Coquitlam? The MP wants their name
Jun 15, 2021 9:38 AM