The Coquitlam Express announced Wednesday its new head coach will be 26-year-old Brandon Shaw. It's his first head coaching gig after serving as an assistant in Port Alberni and Merritt.
May 12, 2021 1:30 PM By: Mario Bartel 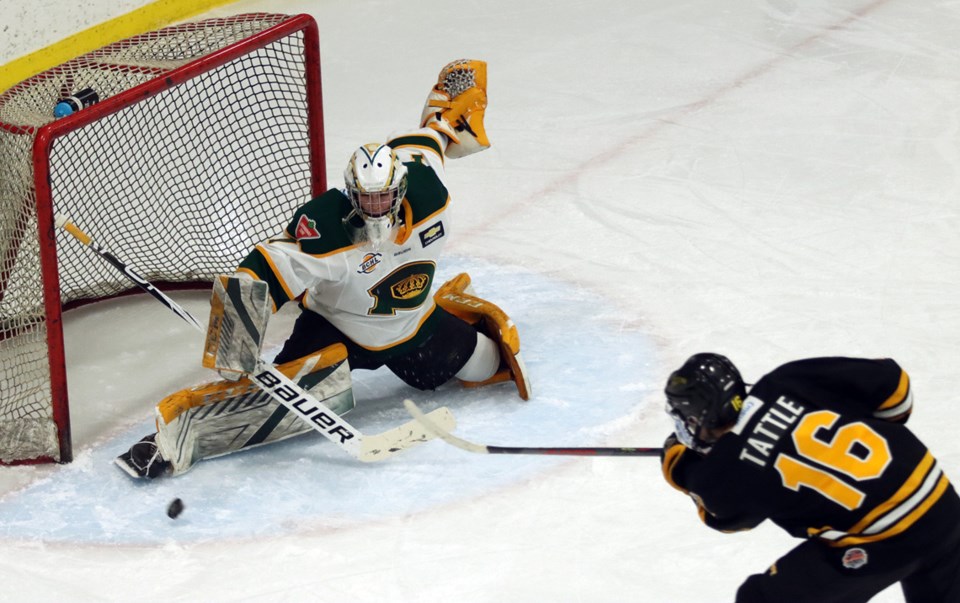 That’s exactly what Brandon Shaw is doing as the former assistant coach and player development co-ordinator of the BC Hockey League’s Alberni Valley Bulldogs takes the reins as the new bench boss of the Coquitlam Express. His appointment was announced today.

Shaw, 26, succeeds Adam Nugent-Hopkins, who was named interim coach of the team following the departure of freshman coach Dan Cioffi just prior to the start of the BCHL’s five-week pod season in March.

Shaw said, as one of the league’s youngest coaches, he always felt a bit of competitive rivalry whenever the Bulldogs played against the Nanaimo Clippers where Express general manager Tali Campbell, who’s also 26, was the general manger of that team before moving to Coquitlam last September.

“When you see another young guy in an executive position with a team, I always kind of had a chip on my shoulder to beat him,” Shaw said.

Campbell said he also had his eye on Shaw as junior hockey’s old-school culture begins shifting from winning games as the primary objective to a greater emphasis on creating upstanding citizens with the tools and fortitude to take on greater challenges in their lives, like post-secondary education and future careers.

“Relating to players is a lot different now,” Campbell said. “We’re more connected to our feelings. Mental health has to be a priority and the new-style coaches understand that.”

Shaw, whose family was in Prince Edward Island before they moved to Barrie, Ont., got to the Junior A level as a player himself before concussion issues benched his own on-ice aspirations. He thought he was done with the game for good.

It was when he was studying social psychology at McMaster University in Hamilton that he took on an intern position doing video and advanced analytics for the Hamilton Bulldogs — at the time, the American Hockey League affiliate of the NHL’s Montreal Canadiens.

Shaw said working with the Bulldogs’ coaches and seeing some of the team’s players like goalie Mike Condon and defenceman Jarred Tinordi move up to the NHL reignited his passion for hockey.

“When you’re a young player, you don’t really think about everything that goes into a game and what it takes to be successful,” he said. “Seeing the work that gets put in behind the scenes, it’s the closest thing I’d had to playing the game.”

After the Bulldogs, Shaw landed a gig as an assistant coach with the Cambridge Winter Hawks of the Greater Ontario Junior Hockey League for two seasons before heading west to do some scouting and helping out behind the bench for the BCHL’s Merritt Centennials under head coach Joe Martin.

When Martin went to Port Alberni, Shaw followed in 2019.

He said Martin’s tutelage has been invaluable. “[He] leaves a mark on you. He’s a methodical guy, he thinks things through.”

Shaw said Martin’s work at the Junior A World Hockey Challenge created opportunities for him to step behind the bench solo on occasion. That’s how he knew he was ready to take the next step.

“When it’s just you out there, you’re taking the pressure and the heat,” he said. “It helps you feel prepared.”

Campbell is confident the Express’s managerial youth movement will serve the team’s players well, giving them the room and understanding to grow as individuals while preparing for the next rung of their playing and educational careers.

“It’s good to see younger people in the business,” he said. “We’ve got the time and energy to dedicate all the resources possible so all of our players leave this organization as better people.”