UPDATED: Pianist returns to Coquitlam with a 'Grande Christmas' show 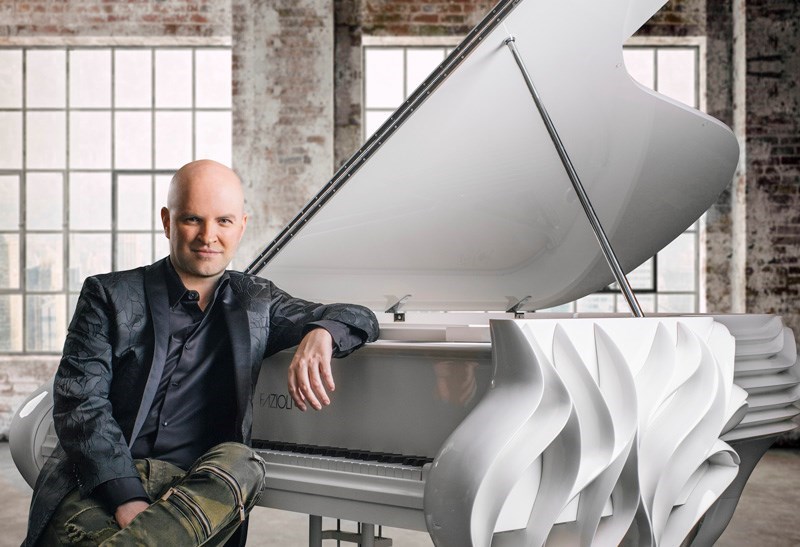 If you fail to prepare, you prepare to fail.

For months, Mayer has been rehearsing for his Christmas concert at Coquitlam’s Evergreen Cultural Centre.

A Grande Christmas was set to run twice at the facility Dec. 5, featuring his original compositions and traditional covers of the season.

But, because of the global pandemic and Dr. Bonnie Henry’s strict orders for events and gatherings, his one-hour shows were bumped by two weeks, to Dec. 19.

Still, it’s not the first time the former Port Moody musician has been forced to be flexible.

In 2001, after two planes hit the World Trade Center in New York and all travel temporarily stopped, Mayer was getting ready for his inaugural tour of China.

His band members didn’t want to fly from Edmonton to Vancouver, let alone take a trans-Pacific journey to Asia, he recalled, “but we got through it.”

In reality, there are a lot of hiccups for performing artists on the road, Martin said: Political turmoil can change a project, schedules can be disrupted, etc.

But COVID-19 “makes it a very different time,” he said. “It’s such a strange world. I live up on Burnaby Mountain now. I wake up in the morning to greenery and a lovely view but then I’m reminded about this deadly virus we’re all living with…. The only thing I can do is move ahead and see what happens.”

His concerts at Evergreen, he promises, will offer a lift after a bad year. Mayer will focus “hidden gems” — his favourite Christmas tunes such as Do You Hear What I Hear? and O Little Town of Bethlehem — as well as Carol of the Bells, his rendition of American pianist John Tesh’s arrangement.

Mayer’s single of that tune, of which Tesh’s engineer mixed in a Los Angeles studio, is currently charting on smoothjazz.com and is being played on international radio stations. “I’ve been a fan of that song for some time,” Mayer said, “and I’m thrilled with it. It’s the best representation of my work.”

Meanwhile, Mayer hopes to return to China once theatres reopen to touring international performers — likely next fall or in the spring of 2022.

As with his 2019 tour of China, when he played 20 dates in 27 days (and travelled through a very busy Wuhan, the epicentre of the COVID-19, last September), Mayer will showcase his solo production with a video and lighting set.

As well, Mayer is expected to release his new piano recording that he cut this year, before his next China gigs.

• For tickets to Martin Mayer: A Grande Christmas on Dec. 19, visit evergreenculturalcentre.ca. There are two shows: at 3:30 and 7:30 p.m., and tables are available for two or four guests.