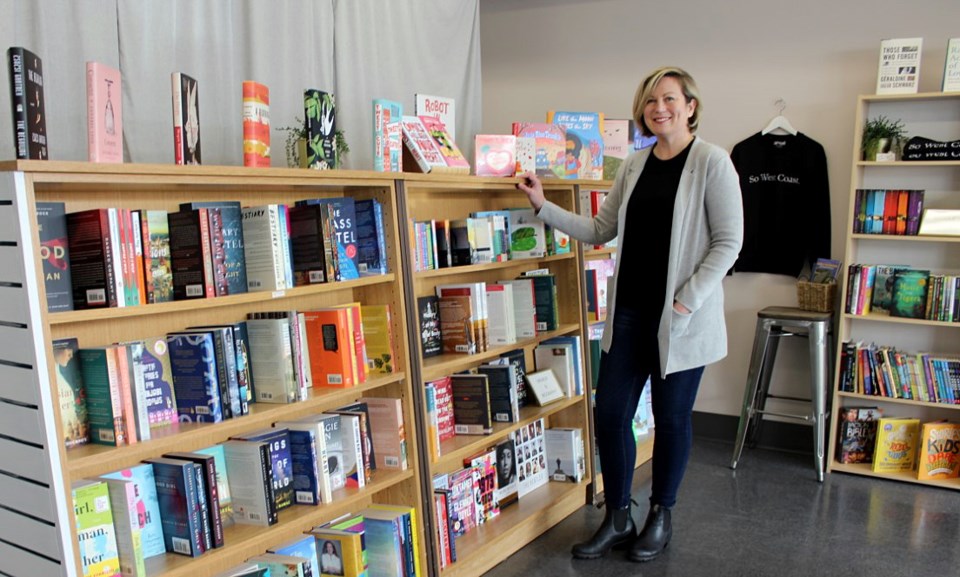 Before the lockdown last March, Danica Sommerfeldt was ready to start a new life chapter.

An office manager at a security firm, she had given her notice months earlier and hired a replacement so she could launch a bookstore in Port Moody — after a two-week trip to Italy with her newly graduated daughter, in June.

But that didn’t go quite as planned.

Sommerfeldt put her dreams on hold during coronavirus pandemic and, over the spring, she trained the person taking over her old job. She also wrapped up her master’s in fine arts degree from the University of King’s College, at Dalhousie University in Halifax.

Six months later, on Dec. 4, Sommerfeldt opened a pop-up shop at 1038B Austin Ave., in Coquitlam, across from Safeway, under the name Coastal Books.

Now, she’s leasing the space on a month-to-month basis from the landlord, who plans to eventually turn the unit into a marijuana dispensary.

It’s a temporary location, Sommerfeldt said, but interest has been strong, especially from the Austin Heights community. She’s received a warm welcome from area retailers and customers, many of whom are spreading the word on her behalf.

“It’s been really touching,” she said during an interview at the store Wednesday.

Sommerfeldt also has had interest from other book sellers including Western Sky Books, a used book shop by Safeway in Port Coquitlam. “We trade business back and forth. They’ve just been amazing.”

Coastal Books focuses on new titles, mostly from Canadian and local authors, with a healthy section dedicated to LGBTQ2+ and BIPOC (Black, Indigenous and People of Colour) publications and children’s literature.

Though she takes custom orders, too, her recommendations for stocking come from her distributors, Raincoast Books and the U.S.-based Ingram Content Group, as well as from Goodreads and her MFA cohort.

And because her business is small and she’s relatively new to the book-selling world, Sommerfeldt said she’s had the time to research trends, follow the awards cycle and pore over reviews.

She keeps busy, working six days a week in the store and, on Fridays, delivering books to subscribers in the Tri-Cities, Pitt Meadows, Maple Ridge, Burnaby, New Westminster and Surrey.

When the pandemic is over, she hopes to turn her shop — be it on Austin Avenue or elsewhere — into a community hub where customers can shop for books and lifestyle wares, talk about their latest reads and hear author readings.

For now, however, “we just have to wait and see how this year turns out.”

Coquitlam author with disabilities wants you to live life to the fullest
Jan 5, 2021 11:29 AM