Barb Fraser, owner of TAG Gymnastics, said she didn’t wait for Fraser Health to confirm the case and instead took the step on her own to be safe
Mar 2, 2021 1:01 PM By: Diane Strandberg 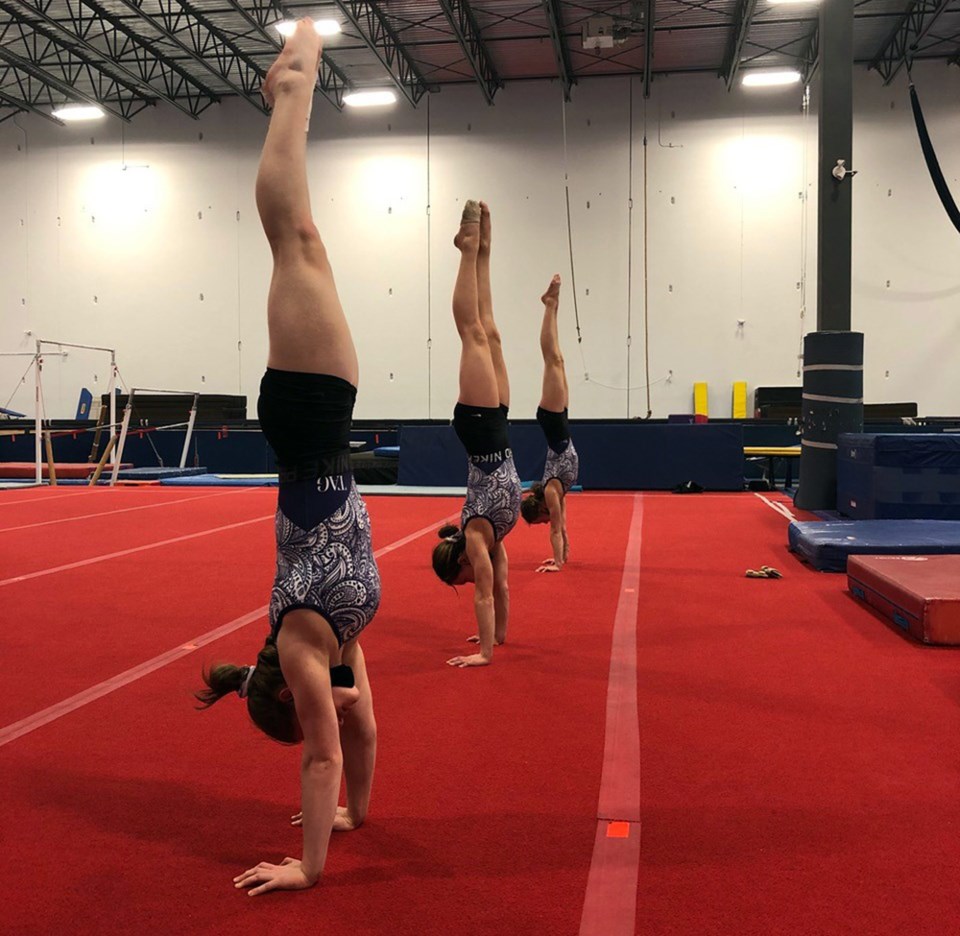 Many elite gymanasts, including these girls, train at TAG Gymnastics. Instead of waiting for Fraser Health confirmation, TAG Gymnastics immediately cancelled a class for younger kids for 10 days after a student tested positive for COVID-19.TAG Gymnastics

Cancelling gymnastics classes in the midst of competition was the “right thing to do,” says the owner of a Port Coquitlam facility who shut down a class during B.C. championship trials as soon as she heard from parents that their child had tested positive.

Barb Fraser, owner of TAG Gymnastics, said she didn’t wait for Fraser Health to confirm the case and instead took the step on her own to be safe even though it wasn’t welcomed by parents at first. “Now they’re glad,” said Fraser, who said the call was the right one given heightened COVID-19 numbers in schools and rising cases of variants in recent weeks.

In fact, it took a week before Fraser Health was able to confirm that a test positive case had been in the facility on Feb. 19 but by then all seven students who had been in the class had stopped coming to the gym and were monitoring for symptoms.

Fraser, who has owned the business in Port Coquitlam for 12 years, operating the 18,000-sq. ft. hub for hundreds of local gymnasts, said she doesn’t fault Fraser Health for taking so long to contact her. “For me it was a week before they get back to me,” she said. “It really is the onus of your manager and the owner of the business to take the steps to help because Fraser Health is bogged down with this.”

Families in the affected class were asked to stop coming for 10 days while they waited for Fraser Health instructions. They’ll be given make up classes for the missed dates, and can participate in competitions at a later date.

Meanwhile, there has been no transmission of the virus at the gym and the Feb. 19 case — flagged by Fraser Health on its website  — was the first for the facility.

Fraser credits strict protocols such as mask-wearing, mandatory physical distancing, hand and mat sanitizing and other measures for keeping the gym safe.

For extra cleaning, she purchased a hospital-grade disinfectant fogger machine and an electrostatic cordless sprayer and uses it between sessions.

Even though the cost is high for the extra equipment, Fraser said it gives her confidence about the cleanliness of her facility, which is also used by other gym programs, including for Port Coquitlam beginner gymnastics. “I pride myself in taking it further than the requirements,” said Fraser.

Fraser said her club and Gymnastics Canada have taken COVID-19 protocols seriously: Competitions, currently taking place, are all virtual, and gyms are now filming routines for competition instead of having in-person events.

As for elite athletes, including potential Olympics-bound gymnasts are using the facility, Fraser said she appreciates the parent who called her right away after her child received a COVID-19 positive test.

“I’m extremely pleased with the parents that are keeping their child home even though it’s a sniffle and when it is positive they let me know immediately which is the name of the game…. We all just have to really do what’s right. It’s being preached and it’s being begged. We all have to our part.”

'Writing's been on the wall for months': High school basketball championships cancelled
Feb 6, 2021 6:59 AM