'Something we need to watch' — worrisome COVID-19 spread has Dr. Henry cautious about spring break

Henry urges families to 'stay local' for spring break but offered some hope that with the roll out of vaccines, seasonal weather change and lowering of cases 'we may be in a different position then'
Feb 27, 2021 8:09 AM By: Diane Strandberg 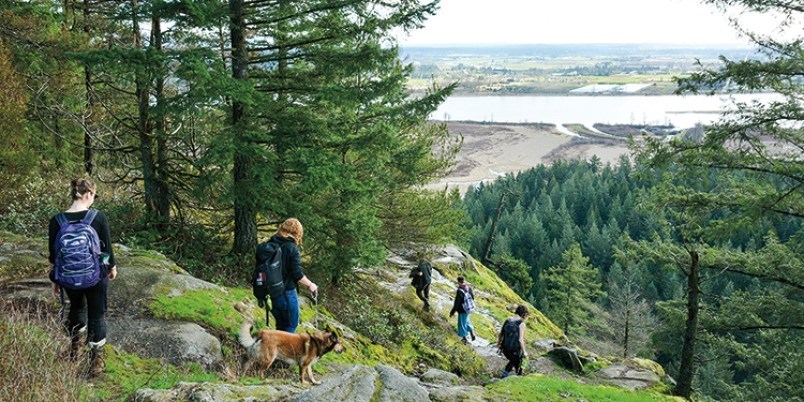 Dr. Bonnie Henry is monitoring the pace of new exposures and variants of concern as she mulls whether to hold steady, open up or further restrict activities in the weeks leading up to spring break.

With cases ticking up in recent weeks and the identification of new variants, Dr. Bonnie Henry told a press conference Thursday, Feb. 25, she is being cautions.

While there is a possibility that a change in seasons could contribute to a reduction of cases, Henry said, other factors, such as a recent increase in cases, are affecting her decision.

“Those are parameters to keep in balance,” Henry said, as she asked people not to make “those exceptions for ourselves that lead to increased risk.”

Among her worries is an increase in the reproductive rate of COVID-19 transmission, which she said has been above one in Fraser Health and the Vancouver Coastal health region, as well the percentage of test positive cases, which is 8% in Fraser Health Health compared to 6.7% in the rest of B.C.

“This tells us that every person on average who’s infected is spreading to more than one other person, this is something we need to watch and be careful.”

She said she is continuing to watch these indicators and “when we have confidence that they are slowing in a sustained way, that is when we will be able to ease restrictions.”

However, she also gave some hope for families planning for spring break March 22-Apr. 1 in saying that efforts are being made to plan strategies to make March break more enjoyable for young people, without offering any specifics.

What could happen in the future, she said, is opening up for important connections, such as churches, and youth sports.

In the meantime, for those planning spring break getaways, Henry urged people to “stay local” but offered some hope that with the roll out of vaccines “we may be in a different position then.”

Her concerns come as efforts have been made improve safety plans for Big White, which had 237 exposures, and Whistler where there were about 300 exposures as well as a trivia night at a Port Moody pub that resulted in more than 300 exposures.

Henry said enhanced screening has picked up 16 more cases of variants of concern in recent days, for a total of 116 cases, of which nine are ‘active.’  However, only about 75%-80% of positive tests are currently screened, Henry said, adding that it then takes a number of days to do full genome sequencing to find out If they are U.K., South Africa or other variants.

She also said Fraser Health has been doing extensive testing for the variant at seven schools where historic cases involving variants were identified. She said the enhanced screening found six more possible variant cases: five among students and one case in a staff member.

“We’ll have more information as the investigation continues,” she promised, noting that by the end of next week 100% of positive COVID-19 cases will be screened for variants.

The concern about variants and what might mean for B.C.’s pandemic comes as the province prepares to launch Phase two of its vaccine roll out plan, which could also help to slow cases in the province.

Monday, B.C. health officials are expected to announce the next steps of the Phase 2 roll out for community based seniors over the age of 80, Indigenous elders over the age of 65  and other individuals not yet vaccinated who live or work in congregate care settings or with seniors.