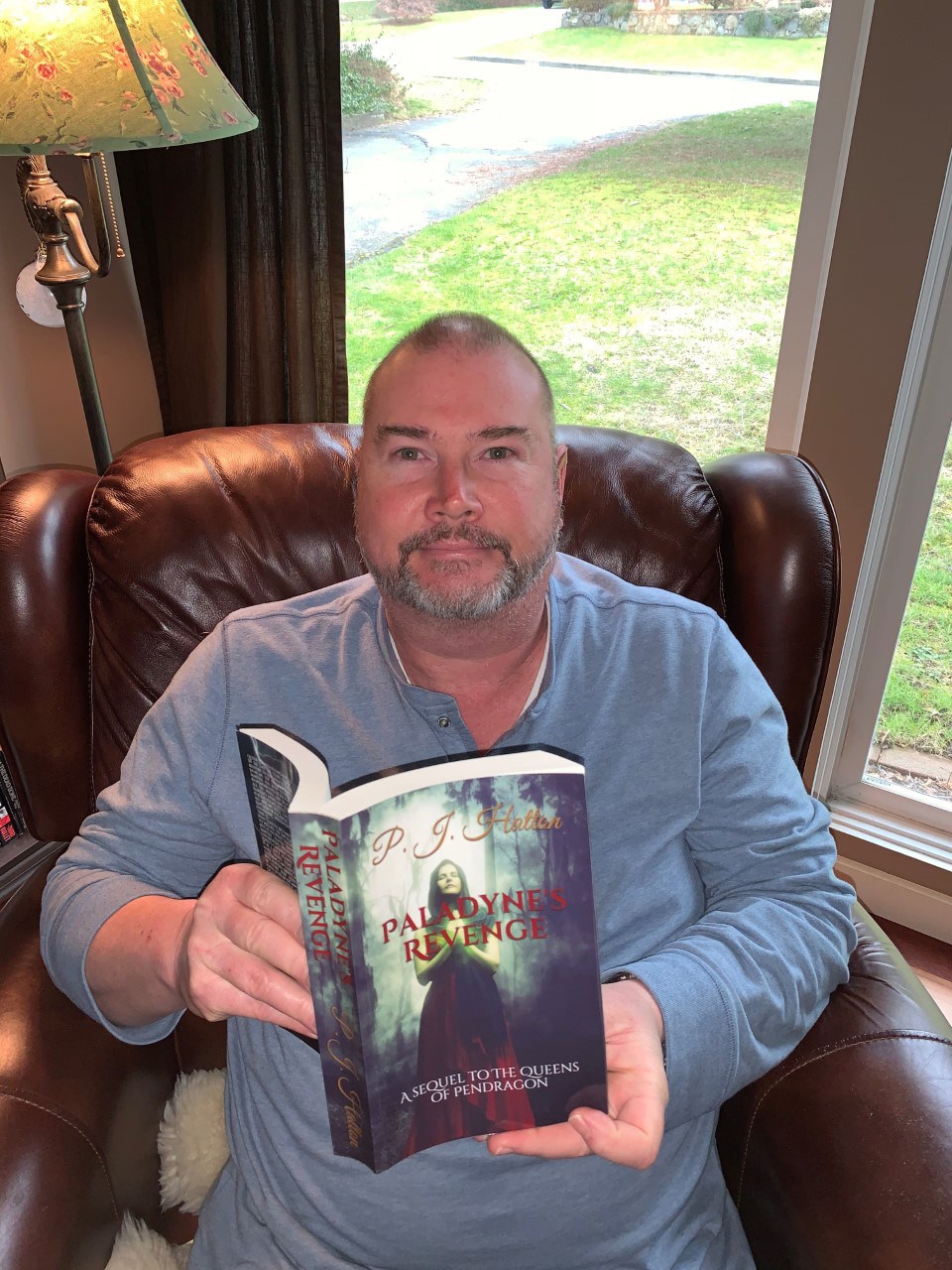 Burquitlam author Paul Hatton was never much of a reader growing up.

But while he was laid off three years ago, the professional engineer began to create epic stories about time travel, and then about medieval adventure and romance.

On New Year’s Eve, the self-taught writer released his eighth — and biggest — publication called Paladyne’s Revenge, a sequel to The Queens of Pendragon, which delves into a fictional kingdom filled with royalty and dragons.

The Tri-City News spoke with the Coquitlam scribe on Tuesday about his writing process and new work. Here’s an edited version of the interview:

TCN: Where do you write?

Hatton: I had an Apple computer upstairs in the office, but with COVID, I had to move it downstairs into the kitchen. I don’t write upstairs on my work machine because I want to separate work from my hobby. In the kitchen, it’s off to one side. I sit there and chat with my wife when she’s cooking and, at nighttime, I’ll do some more. It’s a very strange place to be writing but it’s comfortable. I like to be amongst the family.

TCN: Who reads your drafts?

Hatton: My father. I’ll write a chapter and send it over to him; he loves reading my stuff. He’s an avid reader. He doesn’t give me pointers on the story but he’ll tell me there are spelling mistakes. He’s retired now as a research scientist. He has his PhD from Oxford University.

TCN: Why do you write these genres?

Hatton: My first four are science fiction, under The Time Chronicles series. The Adventure of the Forgotten Moai is adventure, and The Knave of Hearts, The Queens of Pendragon and Paladyne’s Revenge are medieval romance/adventure. The Time Chronicles are about my favourite topic of time travel. I love the movies and books. When I was a teenager, when I started reading a lot, I loved the older science fiction from Jules Verne and H.G. Wells.

TCN: How are your time travel books different?

Hatton: You always get these paradoxes that develop. I wanted to make my stories without paradoxes. To do that, my character has a time machine but he cannot go back in time. It’s impossible. The only time he can go back to is the exact second in which he left. He moves forward and then returns to reset the clock. He’s now changing time so the future he goes to will be different. I also kept the duration of time he went ahead to very short.

• To order a copy of Paladyne’s Revenge in hard copy, paperback or e-edition, visit amazon.ca.

Coquitlam author with disabilities wants you to live life to the fullest
Jan 5, 2021 11:29 AM